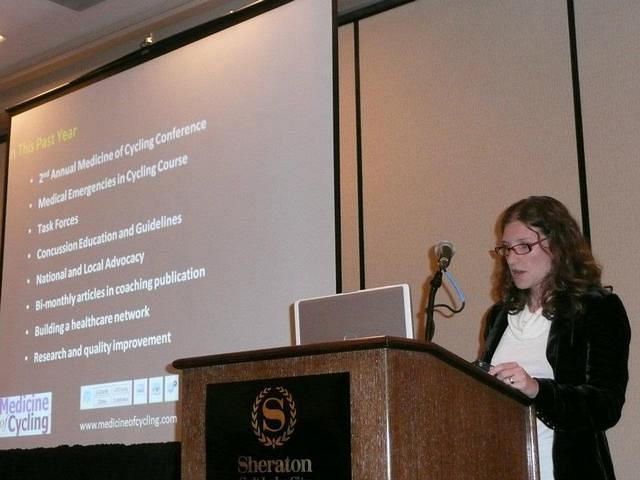 Dan Guillemette, Lead Physiotherapist for Team Sky, has confirmed as another one of our distinguished faculty for MoC 2013!

Dan Guillemette MSc BSc qualified in Physiotherapy in 2004 from Bradford University (UK). Following working in the NHS in Manchester, Dan returned to his home island of Guernsey to work in private practice becoming the clinical lead for lower limb pathologies. During this time he worked with elite cyclists, Guernsey FC and as lead physio and medical coordinator for the International Island Games Association (Rhodes 2007, Aland 2009 & Isle of Wight 2011) and Commonwealth Games Association (Dehli 2010) providing services to Guernsey representative athletes. Dan gained his MSc in Sports Physiotherapy from the University of Bath in 2011 and commenced working with Sky Procycling later that year. He became the lead physiotherapist in 2012 and has been an integral member of the team’s success including the 2012 Olympic Games where Dan was the physiotherapist to the GB men's & women’s road cycling teams. Away from Team Sky Dan is a part time teaching fellow on the MSc Sports Physiotherapy programme at the University of Bath. Dan is a former elite amateur cyclist and continues to ride when possible. He is also a keen surfer and Pilates enthusiast.

Curtis Cramblett and Wade Hall to Give a “Bike Fit Demonstration”...